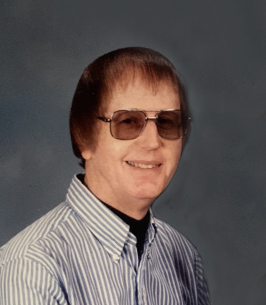 Earl Edwin Tonn, a resident of Sterling Heights, was received into the arms of Jesus and the Angels in Heaven early on June 22, 2022. He was 88 years of age.

Earl was born in the family home in Macomb Township on June 24, 1933, the son of the late Edwin and Elsie (Eschenburg) Tonn. He was a Trade School graduate and served his country honorably in the U.S .Army. Following his service to his country he was united in marriage to his beloved wife, Veronica Ann Klein, in Our Lady Queen of All Saints Church in Fraser on September 14, 1965. The couple first made their home in Warren and moved to Sterling Heights three years later in 1968. Earl worked for the Detroit Public Schools as a master cabinet maker and carpenter for more than 30 years. He enjoyed recreational vehicles, woodworking, and always came up with inventive designs. Above all, he was a devoted and loving husband and father who cherished his grandchildren and treasured every moment shared in their company. He will be deeply missed and his light will continue to glow in our hearts forever.

Earl is the beloved husband of 56 years to Veronica; dearest father of Keith (Cara) and Kris Tonn; cherished grandfather of Gabriella and Noah; and brother of the late Beverly Ann Tonn.

Visitation will be held at the Faulmann & Walsh Golden Rule Funeral Home, 32814 Utica Road, Fraser, Monday from 3pm until the time of funeral at 7pm. Share memories with family at www.faulmannwalsh.com